I first heard of ‘Springboard‘ when a female leader who’d come through the ranks in a time and organisation ruled and driven by men, introduced it into my workplace.

This was about 16 years ago and I clearly remember thinking at the time that it wasn’t for me, because I had no desire to burn my bra (trust me – life without it would be dangerous!).

I was in my early 20s and was in my first couple of years working within policing. I’d never felt discriminated against or held back because of my gender. Therefore, I didn’t need the help of ‘Springboard’. Right? Wrong.

Last week I found myself at my first ‘Springboard’ workshop and have spent some time since wondering how I ended up there. That is, why did I put myself forward. 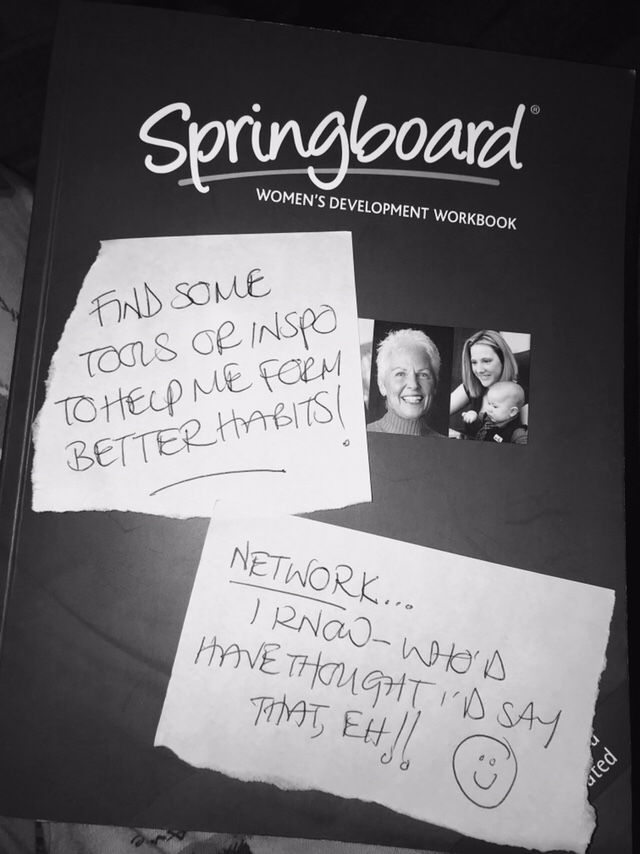 I’ve been Myers Briggs-ed twice, Enneagram-ed and 360-ed… and they all tell me the same thing. As a drink, I’m a flaming sambuca. As a film character, I’m Jack Sparrow. From a book, I’m Sirius Black. I’m a walking, (over) talking paradox.

I welcome the nice stuff I’ve learnt about myself. I acknowledge the areas I was already aware of, good and bad and have become very, very aware of my areas for development!

I’ve been in a bit of a ‘meh’ place over the last twelve months or so. I’ve also had a bit of a wake-up call in relation to work-life balance and am consciously working to push ‘life’ to the fore.

A couple of people I know have attended ‘Springboard’ and I’ve noticed changes in them or their circumstances that I’d like to see in myself.

Whether the changes they made for themselves have been because of ‘Springboard’ or, whether they would have happened anyway, I don’t know. But, what dawned on me was when they spoke about the programme, they spoke about how they were focusing on making themselves more rounded people for reasons personal to them.

Reflecting on the courses I’ve been on in recent years (and the personality probes that go with it!), I realised they were about making me a more rounded leader and I suppose I’ve taken this to mean a better leader in the workplace, not necessarily a ‘more on-top-of-things’, content person for me and my family and a positive role model for the Squatters*.

Over the last year, I’ve also come to really value the emotional and practical strength of a network. The connections I’ve made since CommsUnplugged 2017 have been fantastic.

I’ve never been a joiner of things – I was a totally pants Brownie, have never been part of a competitive sports team and have a few very small circles of friends. So, I’m amazed at how much I’ve gained from and the value I’ve placed on the Unpluggers.

Bringing me back to my point then and the rationale behind the decision I made to put myself forward for something I’ve previously not felt I’ve needed to be part of… I think I’ve recognised the strength there is to be had in being part of a network and that if I am to properly and honestly readdress my work-life balance, it starts with ME.

With the first workshop done, maybe ‘Springboard’ is exactly what I need! I’ve got three more workshops to go. The last one is in December and I’ll let you know how it goes.

Have you done it? What did you take from it? Are my expectations on this one (unusually!) realistic?

*Collective noun for the kids (3yrs and 6yrs).